The History of the Dabbs Family 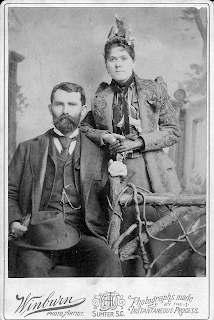 This is an online supplement to Everything Happens at the Crossroads, a bound narrative history of Eugene Whitefield Dabbs and Maude McBride and their descendents, assembled and written by Brenda Bevan Remmes.

This volume was issued privately in 2008. Its material and the material on this site are protected by copyright.  The book is available in selected libraries throughout South Carolina.

There is no information on this site concerning any living member of the Dabbs family.  Fifty-five pages of the book are not published here.  For additional information on the133 decendants of this one couple, please contact the author.

We invite family, friends, and passers by to browse these pages freely. 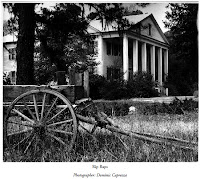 
At 52 years of age, I returned to my roots, the Crossroads of Highways 378 and 527; 12 miles east of Sumter, South Carolina, and about seven miles south of the small community known as Mayesville. This rather non-descript Crossroads holds years of history and family lore. In the 1750’s early Scottish- Irish settlers founded a small settlement in the area and called it Salem. At the center of the settlement was built a log structure called Salem Black River Meeting House, which was established in 1759. Since the Anglican Church of England did not acknowledge that Protestants were entitled to name a church, the phrase Meeting House continued to be used until 1768, when it first was referred to as a Presbyterian Church.


On January 1, 1800, the State Legislature of South Carolina united Salem, Claremont and Clarendon Counties into a new district called Sumterville. The particular intersection east of Sumterville, on the other side of the Black River Swamp, became known by the family who owned the land as McBride’s Corner. When Maude McBride married Eugene Whitefield Dabbs, and the Dabbs lineage multiplied throughout the community, it became more accurate to call it Dabbs Crossroads, although many local maps still list it as McBride’s.


The Crossroads is where Eugene Whitefield Dabbs and Alice Maude McBride Dabbs raised six children. Nestled back in the trees are four homes that have been passed down to subsequent generations. Each of these homes has a name: Rip Raps, Fern Park, Road’s End in-the-Pines, and Whitfield. The Dabbs family has a strong belief that the personality of every home is enhanced by giving it a name. While the homes have created places, it is the people who have created the stories and they are what this book is about – the stories.


My grandmother, Stella Glascock Dabbs, strongly felt that each individual who sat at her dinner table had an obligation to provide conversational entertainment that merited the trouble of preparing the meal. Around that table, hundreds of hours of stories continued to be told as younger generations each learned the Dabbs-art of storytelling. The rule of thumb has always been that the entertainment value outweighs the need for fact. Thus, the oral history that follows is from stories that have been told and retold. I believe that there is factual truth to most of it. Great time has been put into documentation. Should you think, however, that one or more of the stories are a little far fetched, don’t be too sure. There is at least a smattering of truth to it all.


From the time I was a child vacationing at the Crossroads, I have sat and listened as relatives have told these stories about one another and repeated bits of family history. The older I became, the more I realized what a unique collection of tales they had to tell, and I wanted to record much of what I had heard for future generations.


As I began to write, more and more information appeared. I found old letters and pictures that had been packed away for decades. A few relatives had already done significant research into the genealogy of the family, and had information that was invaluable.

The history of the Dabbs family (perhaps spelled “Dobbs”) has been passed down in stories from one generation to another. We believe the first ancestor to arrive in this country emigrated from England to Maryland, and was a descendent of Sir Richard Dabbs, Lord Mayor of London.

We are told that he was not very well received, since he was not a Catholic and may have been a preacher of a different faith. From there, he and his family moved to Virginia, where he had two sons. One son settled in Henrico County (Richmond) and then Halifax County (southern Virginia bordering North Carolina). To date, there is no confirmation of these stories. While court records in Virginia make a reference to a Robert Dabbs in York County in 1670, and then in Henrico County in 1679, and to a Richard Dabbs in Lower Norfolk County in 1687, we have not been able to make a direct link to the Eugene Whitefield Dabbs family.

Around 1746 to 1747, and perhaps due to failing health, Joseph Dabbs began to sell his property holdings in Goochland County, and moved his family south to Lunenburg County, to a section that eventually became Charlotte County, Virginia. In late 1748 or early 1749, Joseph Dabbs died, leaving a wife, Nancy, and a number of young children. The administration of the estate of Joseph Dabbs was concluded in 1754, and can be found in Lunenburg County, Will Book 1, 1746-1762, beginning on page 172. Although recorded in a Will Book, these court records indicate that Joseph Dabbs died without a will, which caused his property to pass in share to his widow and children. Of note, his estate included at least seven slaves.


What we know about the children of Joseph Dabbs, Sr.

By 1754, Nancy Hoggett Dabbs had remarried to a man named James Webb. James and Nancy, along with her daughters and youngest son, Joseph, moved to Wake County (Raleigh) North Carolina, and then to Anson County (Wadesboro), North Carolina, which borders South Carolina. Court records provide the following information about the children.

Captain Joseph Dabbs
Son of Joseph Dabbs and Nancy Hoggett Dabbs, Great-grandfather to Eugene Whitefield Dabbs
Young Joseph Dabbs moved with his mother and step- father, James Webb, to Anson County. Noted Darlington County Historian, Horace Rudisill, reports seeing records that indicate Joseph Dabbs and another brother were boatmen on the Great Pee Dee River. They would have been responsible for ferrying people and their possessions down or across this river. Joseph Dabbs eventually settled in the Cheraw District of South Carolina, which includes present-day Chesterfield, Marlboro, and Darlington Counties, known as Craven District prior to 1769. (Land areas that we call “Counties” today were called “Districts” in South Carolina prior to 1868.) 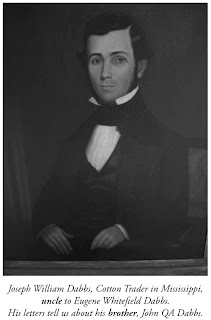 Joseph William Dabbs
Older brother to John Quincy Dabbs
Joseph William Dabbs became a successful cotton trader working out of Yazoo City, Mississippi, and kept up a written correspondence with his family in South Carolina, frequently enclosing money to help out with the farm expenses.

In a series of letters written to his family from 1839 to 1855, Joseph describes the fluctuation of cotton prices as they pertain to what’s happening around the world. He advises his brother on what to plant and when to sell. He suggests that his brother, Richard, is having problems “brought on by drink” and recommends he return home to Darlington, which he does seven years later.

Joseph bemoans the fact that he hasn’t found a wife, despite a number of reference to meeting beautiful women, and he encourages his family to help find a Darlington woman who might put up with an old man of 42. According to Billy Dabbs, the story doesn’t end there. Ultimately, he says he was told that when Joseph died, his family learned, much to their dismay, that he had not only a wife, but also several children whom he’d never mentioned in any of his letters. Reports are that there are numerous individuals in Mississippi today bearing the Dabbs name. We do not know how much Joseph and Richard contributed to that lineage. 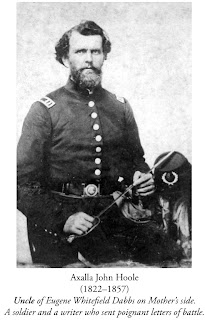 Eugene’s first name was probably after his mother’s brother, Eugene Samuel Hoole, who moved to Eufaula, Alabama, and became a doctor. One reference gives 1856 as his year of death; however, reference is made in his brother Stin’s obituary that he had one brother living in Alabama who died in 1901.

Eugene’s middle name, Whitefield, was in honor of George Whitefield, a traveling evangelist whose religious views were part of the Great Awakening of the 1730s and 1740s. This evangelist traveled throughout eastern portions of the United States during the late 1700s and early 1800s and was renowned for his oratory skills. The name is pronounced as Whit-field and not White-field. In later spellings the “e” was sometimes eliminated to coincide with the pronunciation. Since it has become a common name within the Dabbs family, it is not unusual to see it spelled both ways. Eugene’s brother, James Hoole Dabbs, was named after his grandfather Hoole. James died at the age of 20 and never had any children.


John Quincy Adams died in 1880, and his second son, James, died five years later. A marker that jointly bears the names of James Hoole Dabbs and John Quincy Adams Dabbs with their years of birth and death can be found in the cemetery of the Darlington first Presbyterian Church. The inscription for the elder reads “Mark the perfect man; and behold the upright for the end of that man is peace.” For the younger it reads “Safe in the arms of Jesus.” Due to the fact that Euphrasia had very little money at the time of her husband’s and son’s deaths, it would be safe to guess that Eugene Whitefield Dabbs had the marker placed in the cemetery in memory of his father and brother at a later date.

Brenda Remmes
Brenda Bevan Remmes lives and writes near The Black River Swamp not far from where she was born. Her professional career evolved around education, starting with the Peace Corps in Cameroon, West Africa, and continuing with the public schools in Eastern North Carolina to adjunct faculty positions for the Schools of Medicine at The University of North Carolina and The University of South Carolina. Her first novel, The Quaker Café, is due for publication in March 2014 by Inkwell Publishing. She is currently working on her second novel, also set in the Quaker Community of Cedar Branch. Visit her web site at http://www.brendaremmes.com/